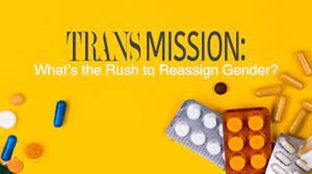 The Center for Bioethics and Culture Network (CBC) addresses bioethical issues that most profoundly affect our humanity, especially issues that arise in the lives of the most vulnerable among us. We work through a variety of media platforms—documentary film, writing, speaking, interviews, social media, and more—to educate and inform members of the general public, thought leaders, lawmakers, and others on ethical issues in healthcare, biomedical research, and biotechnological advancement.
This documentary on gender reassignment surgery (nearly 50 min) includes interview with experts and doctors who support and oppose the procedure, as well as patients who have undergone gender reassignment surgery.
The results are devastating.
The film caught the attention of the Family Science Association, which contacted the Centre. Thanks to the film’s producers and distributors for allowing the film to be subtitled in Hungarian.

You can watch the film here.